A
System of Surgery
Pathological, Diagnostic, Therapeutic,
And Operative

Published by Blanchard and Lea in 1862
Containing all forms of surgical operations such as gunshot wounds, amputations, excisions. fractures, battle wounds, etc....

From the private library of J.H. Kellogg, M.D. of Battle Creek, MI. who was the founder of Kellogg's Corn Flakes. 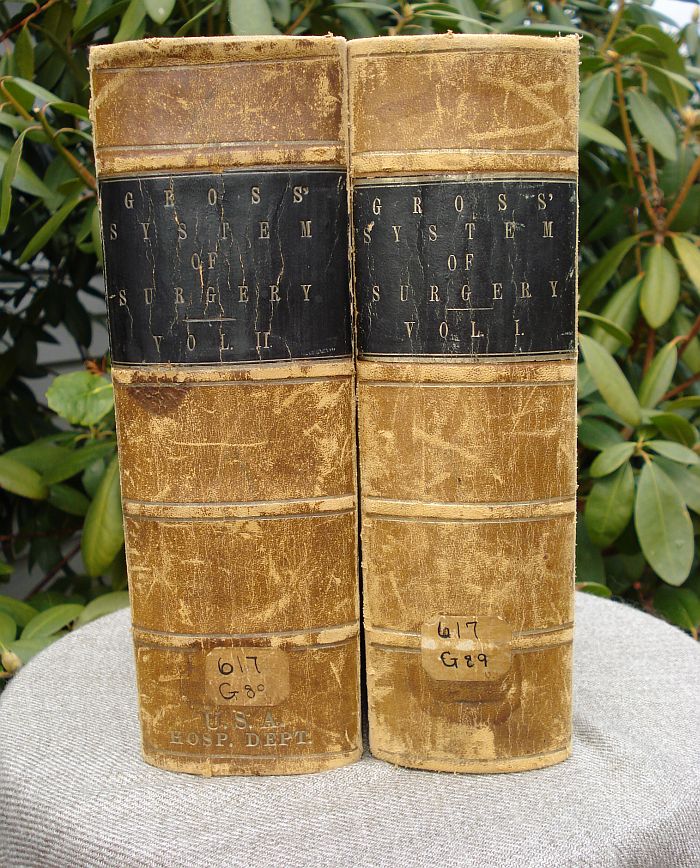 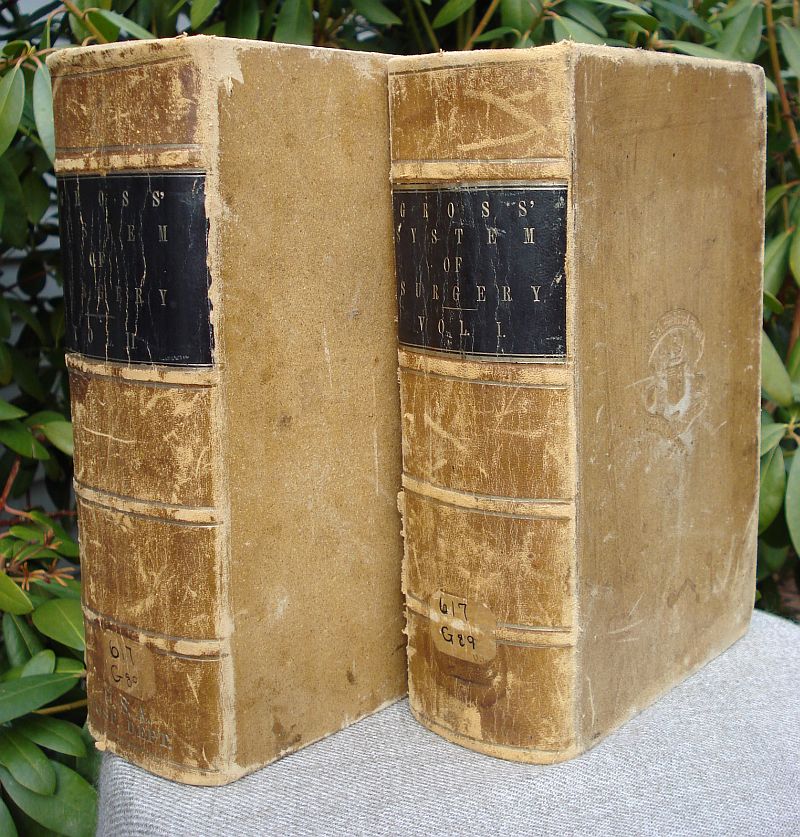 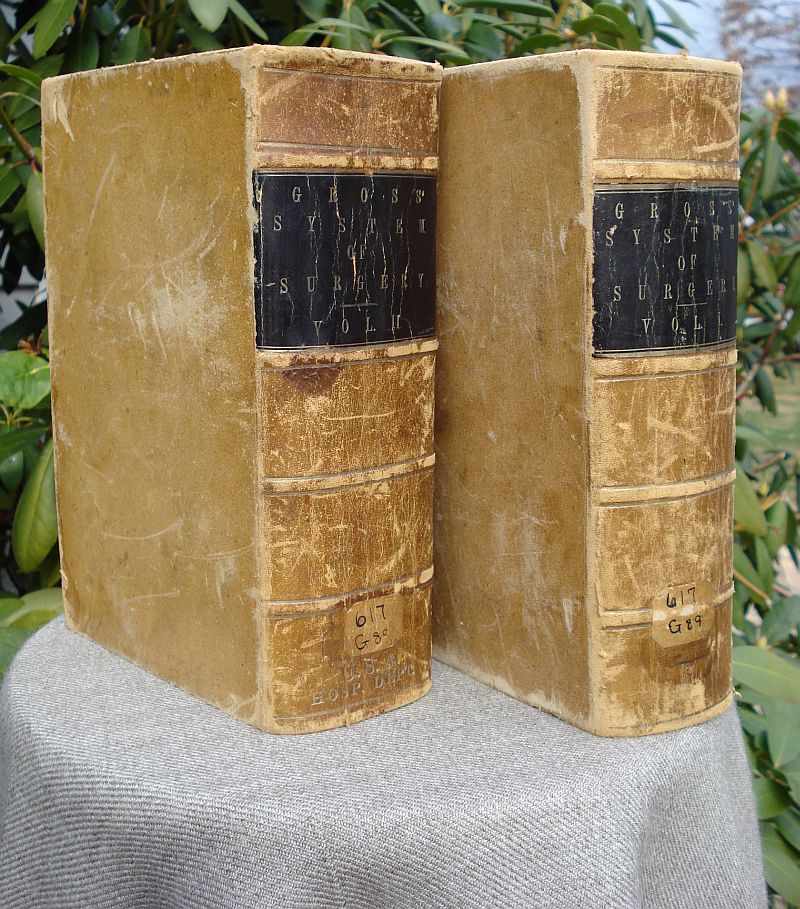 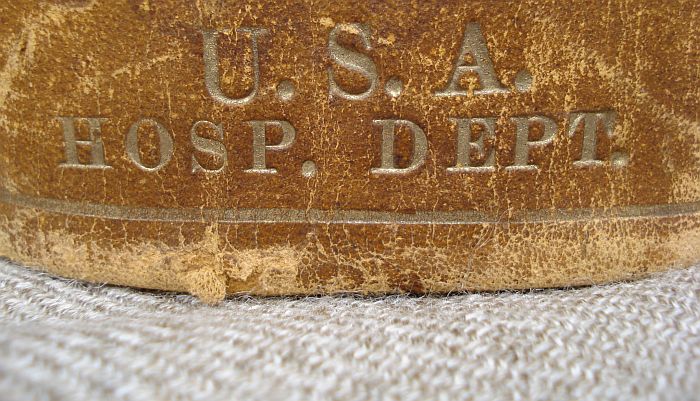 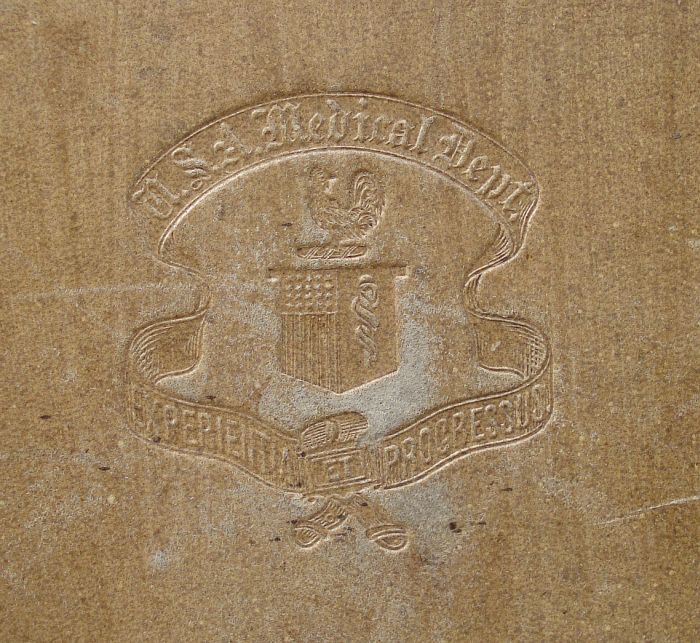 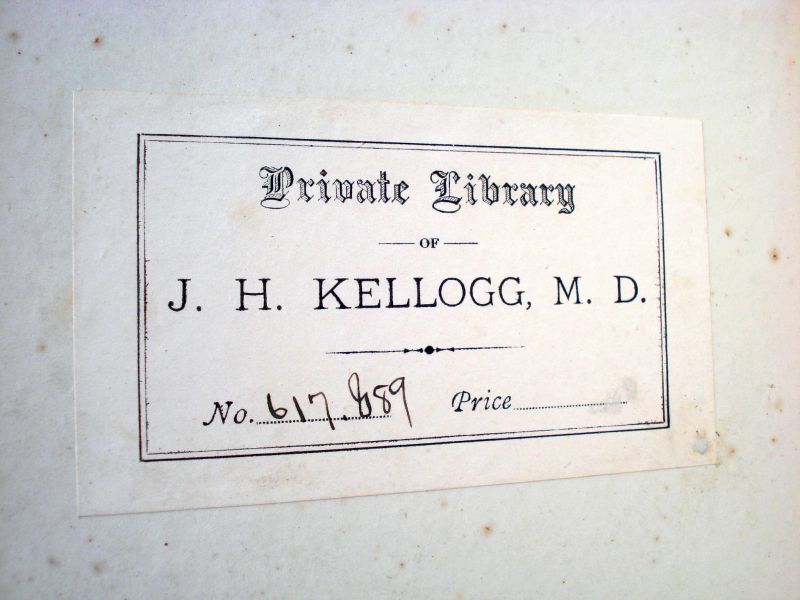 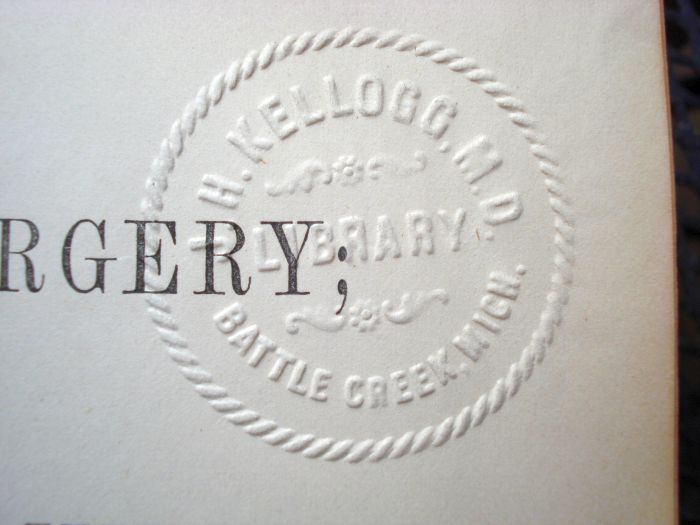 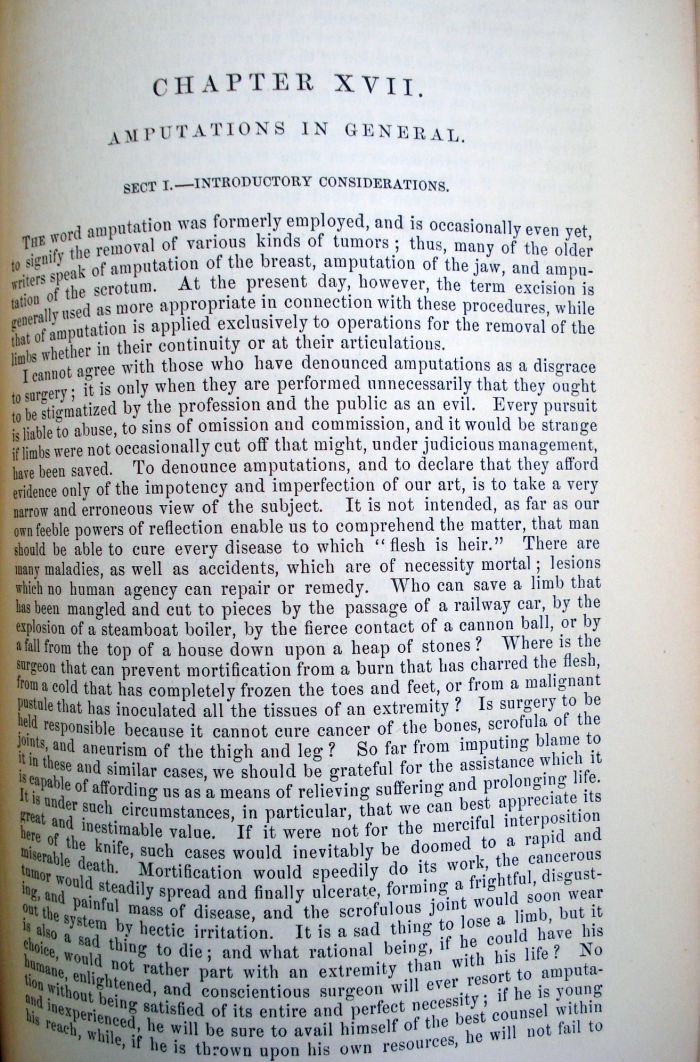 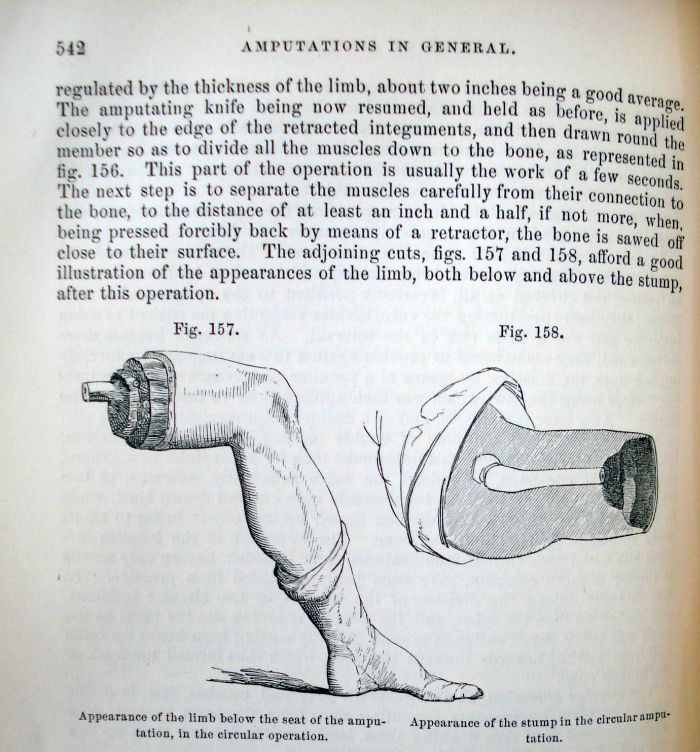 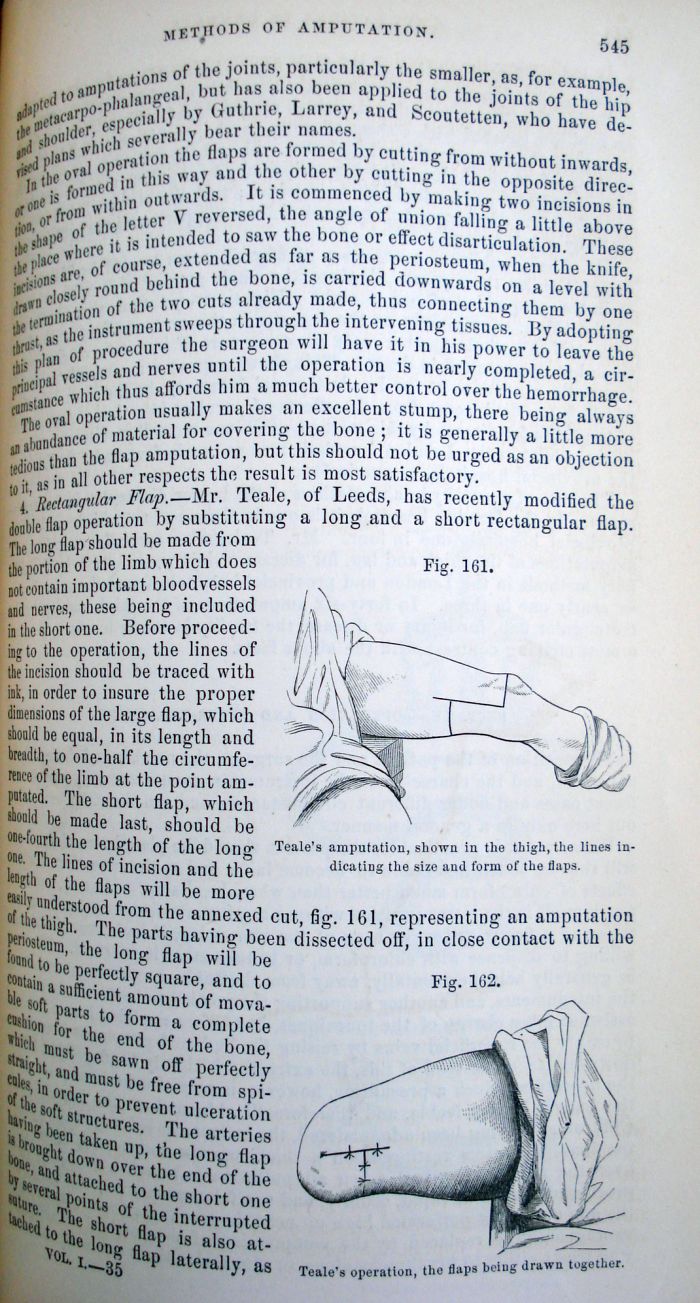 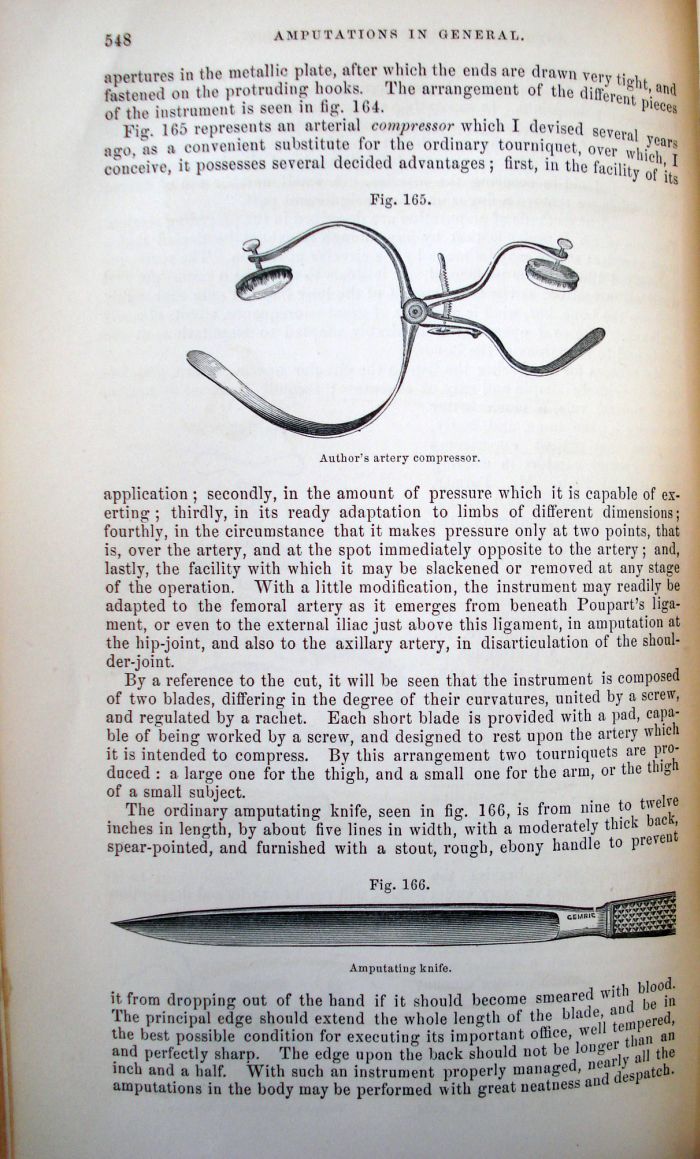 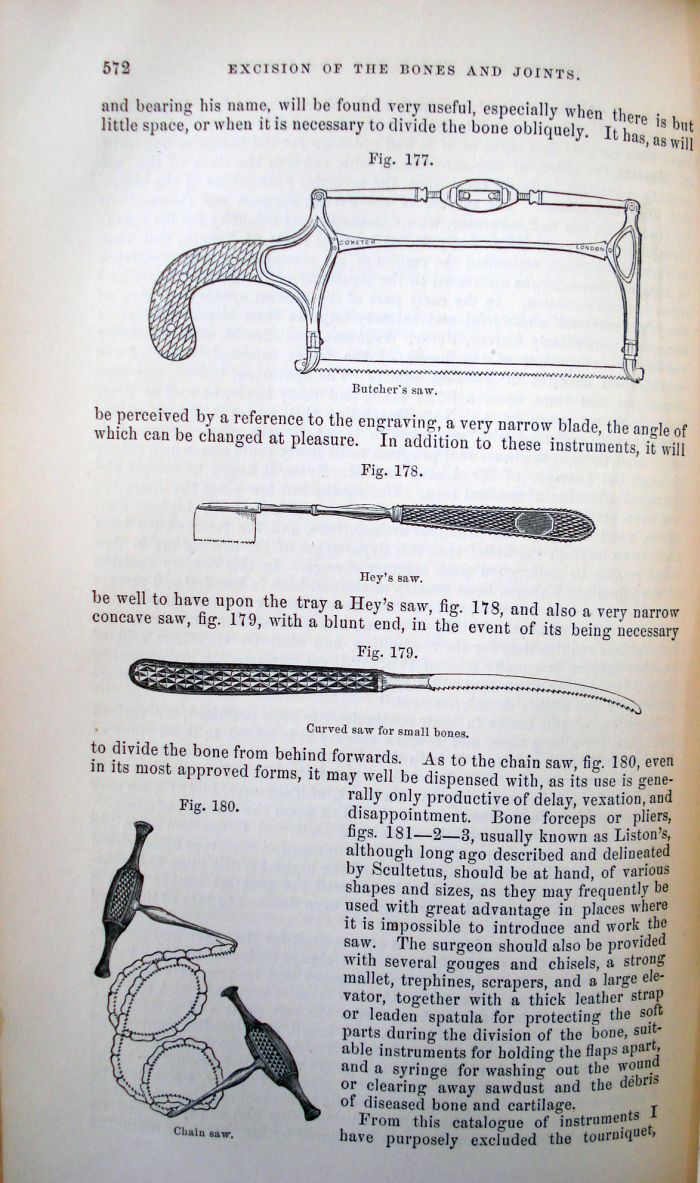 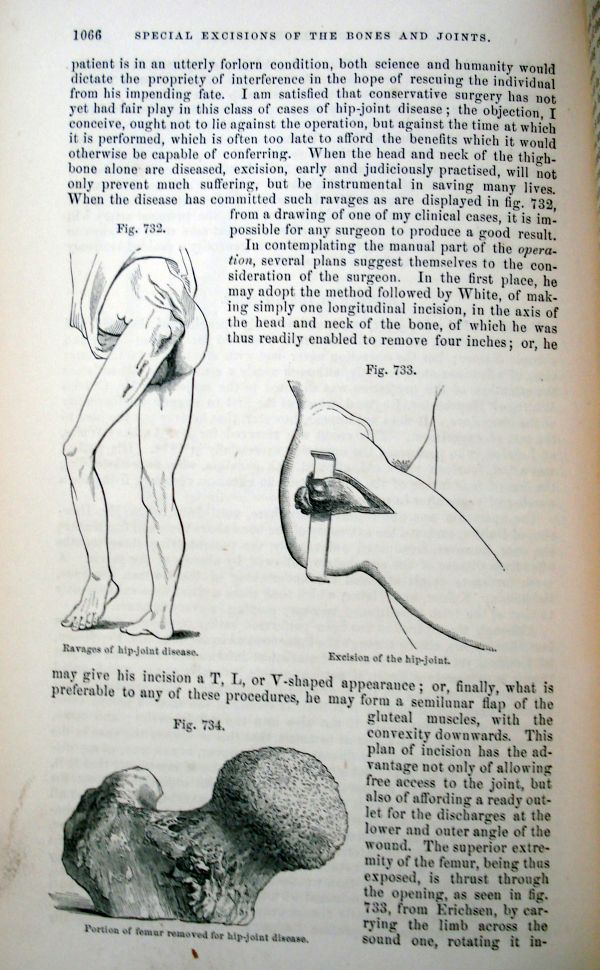 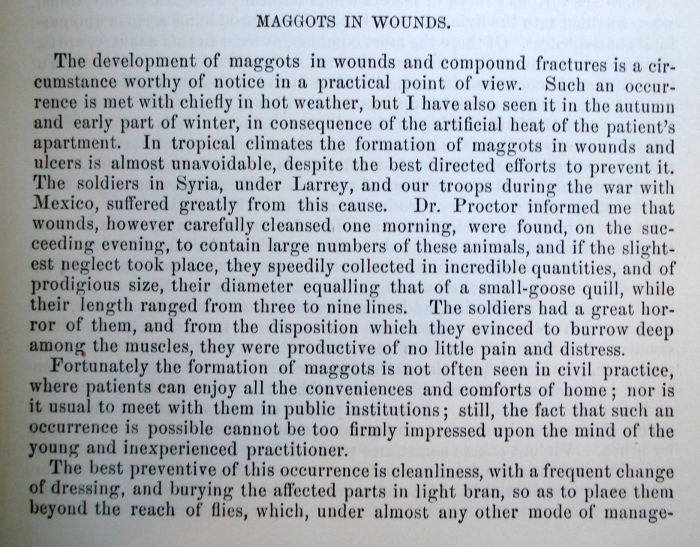 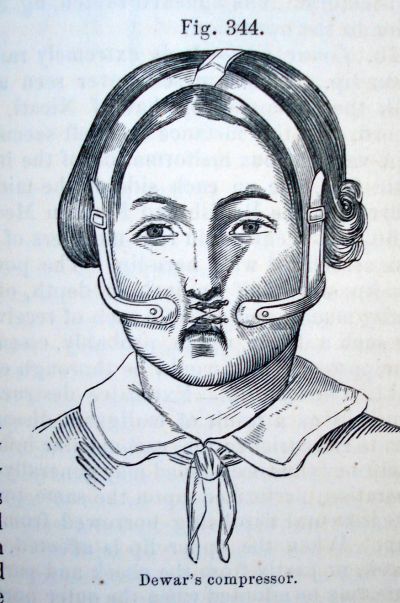 Beginning of the long section on anaesthesia including chloroform and chloric ether. 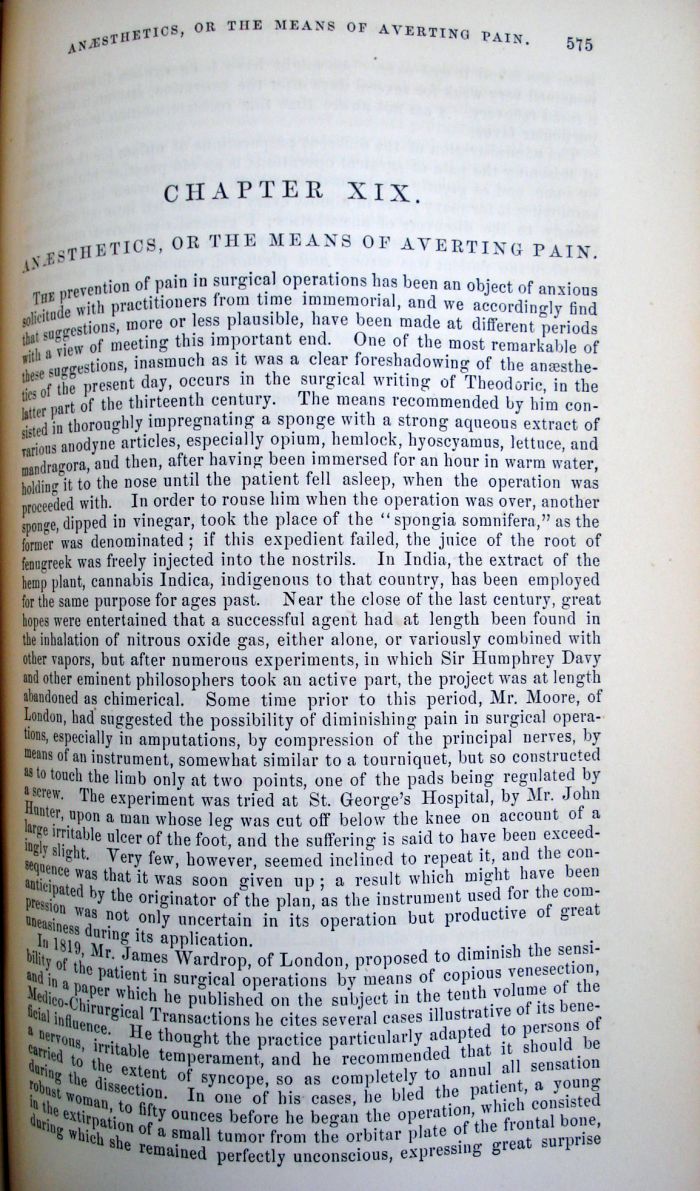 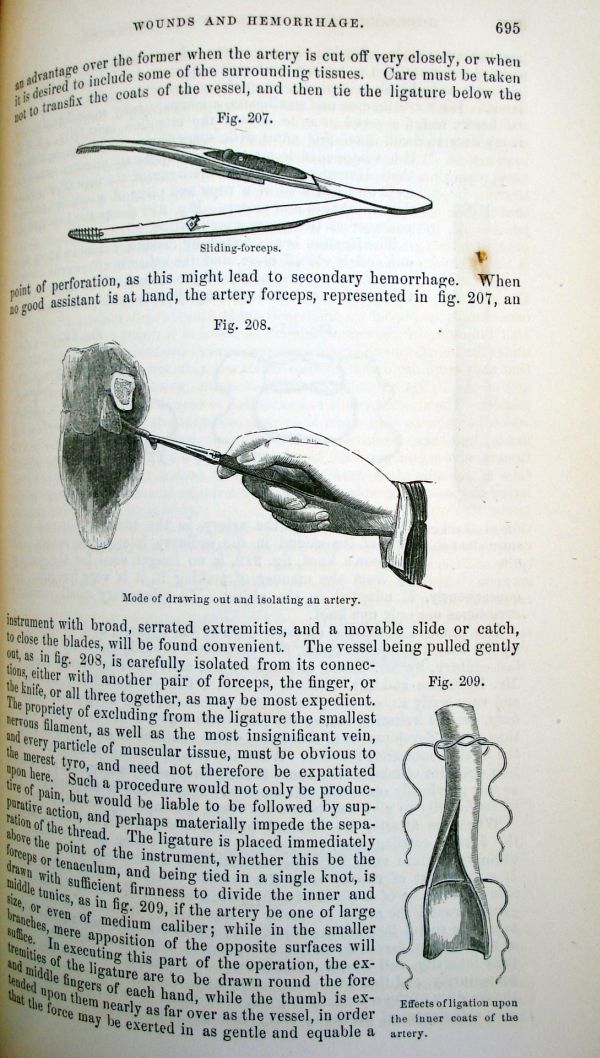 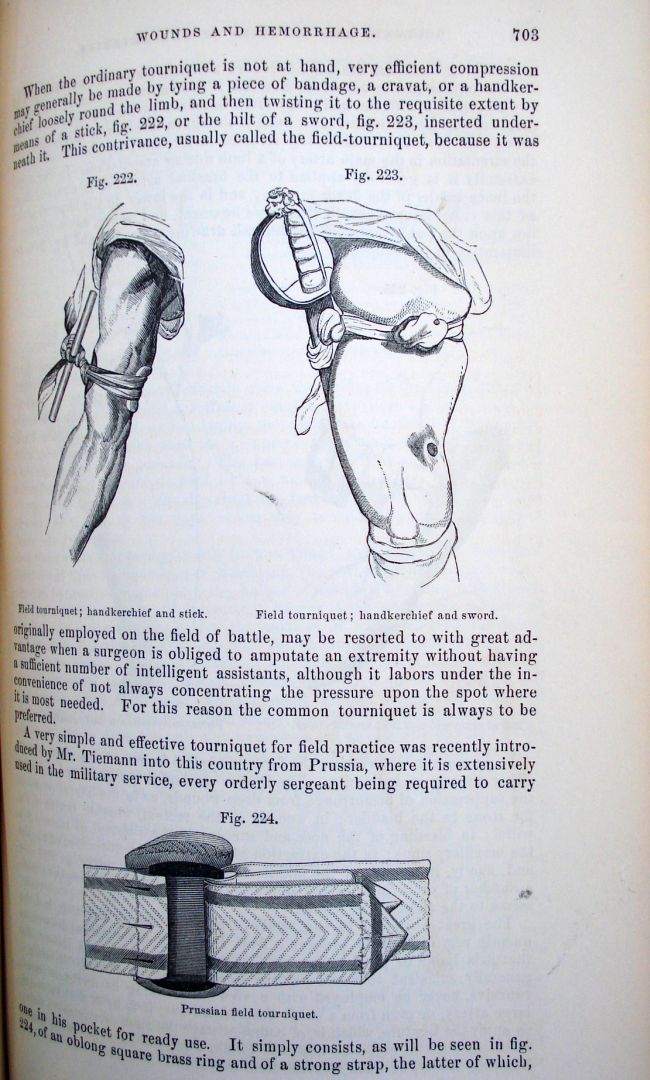 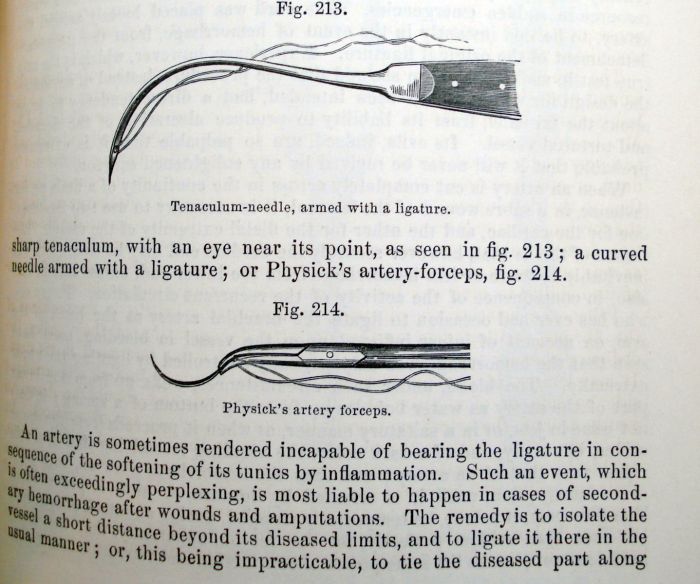 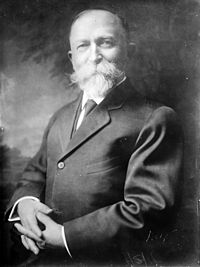 John Harvey Kellogg (1852â€“1943) was born in Tyrone, Michigan. When he was four years old, his family moved to Battle Creek, Michigan, where his father was one of the founders of the Western Reform Institute, a Seventh-Day Adventist health clinic specializing in hydrotherapy ("the water cure") and vegetarianism. The Seventh-Day Adventists were the largest American religious denomination to endorse vegetarianism. Kellogg enrolled at Bellevue Hospital College in New York after completing his under-graduate work, where he studied medicine. In 1876, upon completion of his studies, Kellogg took over administration of the Western Reform Institute. He subsequently changed its name to the Sanitarium and enforced a strict vegetarian culinary regimen. Under his guidance, the Sanitarium was visited by America's rich and famous people and Kellogg's beliefs became widely disseminated.

Assisted by his younger brother Will K. Kellogg (1860â€“1951), John H. Kellogg experimented with rolling, flattening, and baking whole grains. The resulting flakes were a culinary success at the Sanitarium, and the Kelloggs decided to mass-produce and sell them through mail order. Imitators soon sprang up and churned out numerous similar products, including Grape Nuts and Post Toasties developed by C. W. Post, who had been a patient at the Sanitarium. Kellogg's creation had launched the commercial cold cereal industry.

John Harvey Kellogg also rolled other products, such as nuts, thus creating nut butters, which he believed were a substitute for cow's butter. While nut butters were made from all available nuts, peanuts were the least expensive nut. The Kelloggs created the Sanitas Nut Food Company, and again Will was placed in charge. Due in large part to the efforts of the Kellogg brothers, peanut butter quickly became an American favorite.

To develop further the commercial possibilities, the Kelloggs incorporated the Toasted Corn Flake Company in 1906. John H. Kellogg was the majority stockholder, but he distributed part of this stock among the Sanitarium doctors. Will Kellogg bought up the stock until he personally owned the majority of shares. Will promptly put his signature on the box and renamed the company that was ultimately to become Kellogg Co. To enhance sales, Will added sugar and other additives to the recipe and increased sales through advertising not as a health food for the ill, but as an enjoyable and convenient breakfast food for everyone. The two brothers went through years of legal battles over the name, but in the end Will won. For years the brothers never spoke to each other.

Later, John Harvey Kellogg confronted a variety of other problems. About 1906 the Seventh-Day Adventists excommunicated Dr. Kellogg and eventually severed ties with the Sanitarium. However, he survived until the Depression hit, and the Sanitarium began to lose money. It continued in operation until 1942, when it was sold. Kellogg died the following year.


We are currently purchasing Civil War Medical items.
Contact us at cwbooks@frontiernet.net if you have items you would like to sell.

Enter Site Sections Below
No portion of this website may be copied, retransmitted, reposted, duplicated or otherwise used without the express written approval of the author.